I saw this yesterday at Jeralyn’s place and meant to blog about it then, but didn’t. There’s a good discussion about this very issue going on over at QandO and I agree with Dale and Jon: we shouldn’t be doing, or condoning, this kind of behavior. I don’t know the difference between stress positions and torture, and if the perpetrators don’t know, they shouldn’t be applying stress positions either.

This sort of thing is exactly what endangers our soldiers and builds public support in the Middle East for killing them. That part of the world is already conspiracy minded as it is; no need to be feeding the fire with actual events.

Lawyers will have to sort out the legalities here, but in the mean time a good rule of thumb is to default to doing nothing when you don’t know how you’re behavior might be spun. I should add, though I shouldn’t have to, that it’s wrong as well. For that reason alone we shouldn’t be doing it.

Greg Djerejian has more support for the "do nothing" hypothesis. He says it's a training problem, among other things.

I thought the blue states were where all of the smart people hung out? 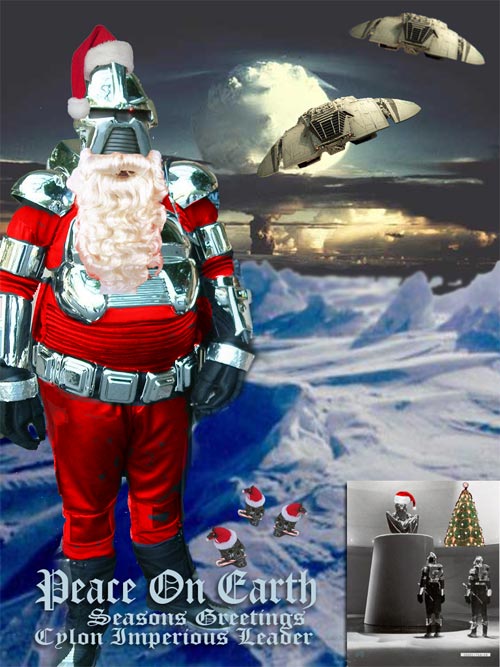 Today would have been the 64th birthday of Frank Zappa.

Some take the bible
For what it’s worth
When it says that the meek
Shall inherit the Earth
Well, I heard that some sheik
Has bought New Jersey last week
‘N you suckers ain’t gettin’ nothin’

“The Meek Shall Inherit Nothing,” from You Are What You Is.

When you're buying a list of addresses to send junk mail to, you really should make sure that the address field holds more than twenty characters. Otherwise you end up looking very silly.

Dear Carl,
I would like to congratulate University of Roches on its upcoming 15th Anniversary. Few companies reach this important milestone. Promoting your experience and success is the number one way to generate new business and reinforce existing relationships. That's why it's important to promote your anniversary with our Foil Embossed Anniversary Seals.

I’ve added Dean Edwards’ IE7 hack to the blog on a quasi-experimental basis; the good news is that it fixes a lot of Internet Explorer’s rendering bugs, while the bad news is that it seems to introduce some quirks of its own and exposes IE’s lousy fallback behavior for missing Unicode characters. My general advice for IE users is to download and use Mozilla Firefox instead.

Arms and the man

Apologies for the light blogging; I found out Monday I have a “second degree” separated left AC joint, which is doctor-speak for a separated left shoulder. I’ve been spending most of the past 24 hours in a sling, with a bit of physical therapy added. Allegedly I’ll be mended by the week after New Year’s.

Great book review by Virginia Postrel. The author of the book, David Hackett Fischer, is apparently hostile to any individualist notions of liberty:

New England Puritans pursued ’‘ordered liberty,’’ or community self-government, which could impose substantial restrictions on individual freedom of action or conscience. Southern cavaliers believed in ’‘hegemonic liberty,’’ a status system in which liberty was a jealously guarded aristocratic privilege that entitled some men to rule the lives of others. By contrast, Delaware Valley Quakers subscribed to ’‘reciprocal liberty,’’ in which every person was recognized as a fellow child of God, entitled to self-determination and freedom of conscience. Finally, the largest group of immigrants, the borderlanders often called Scotch-Irish, adhered to ’‘natural liberty,’’ a visceral, sometimes violent defense of self and clan. In foreign policy, Fischer’s ’‘natural liberty’’ maps directly to the ’‘Jacksonian America’’ outlined by the political scientist Walter Russell Mead—isolationist by preference but relentlessly violent when attacked.

’‘Liberty and Freedom’’ expands greatly on that earlier book’s discussion, adding other ethnic influences, particularly that of German refugees who sought ’‘a freedom that would allow them to establish their own way of life in security and peace.’’ For German-Americans, the icons of freedom were the fig tree and vine, alluding to the biblical prophecy that ’‘they shall sit every man under his vine and under his fig tree; and none shall make them afraid.’’ This dream, Fischer observes, ’‘was an image of a world without violence, very different from the bellicose ways of British borderers but similar in a desire to be left alone by government.’’

Yep, natural liberty is certainly the way for me and it describes a lot of my feelings, particularly after 9/11. Virgnia concludes her review:

Its goal, one government official said, was ’‘to re-establish the common ground of all Americans’’ and ’‘to blend our various groups into one American family.’’ Fischer visited the train as a child in Baltimore, and it made a lasting impression: ’‘The train itself and its streamlined cars were emblems of modernity, and its big locomotive (number 1776) was a symbol of American power. By contrast, the documents seemed old and fragile. They were symbols not of power but of right, and their condition made clear their need to be protected in a dangerous world. Altogether the Freedom Train expressed the material strength and moral resolve of a united people.’’

Ah, the good old days. The closer the book gets to the present, the less it discusses popular culture or visual symbolism. It loses its early, charming tone and becomes instead a dutiful, sometimes cranky march through the political movements of the late 20th century. Cliffs Notes versions of ideas and individuals appear, but iconography and material culture almost entirely disappear. Fischer doesn’t mention the Adam Smith neckties conservative activists adopted in the late 1970’s or explain how triangles and rainbows came to symbolize gay liberation. He has room for a mention of Shulamith Firestone’s radical, intellectual feminism but none for Marlo Thomas’s popular record and television special, ’‘Free to Be You and Me.’’ He provides a dumbed-down version of Friedrich Hayek’s classical liberalism but doesn’t mention Ayn Rand’s blockbuster novels. He devotes pages to Stokely Carmichael but says nothing about Afros, dreadlocks or cornrows. He misses the chance to consider California as a symbol of freedom across the political spectrum. In short, once the apparent uniformity of World War II dissolves, ’‘Liberty and Freedom’’ loses interest in popular culture. This absence may reflect the author’s fatigue as the book moves beyond its 500th page. Or perhaps it is simply harder for Fischer to take a sympathetic interest in the mental and material lives of those contemporaries with whom he disagrees. He seems to resent all these contentious people (except for consensus civil rights heroes) who insist on disturbing established institutions and ideas with their demands for liberty and freedom.

Indeed, he implies that they’re downright dangerous. ’‘If a free society is ever destroyed in America, it will be done in the name of one particular vision of liberty and freedom,’’ he concludes. But not, of course, his own.

Count me among those that will be in other peoples’ faces demanding my own version of liberty.